Embracing An End to Worksite Raids, We Call for Healing and Centering Children’s Wellbeing

In an important new memo, the Department of Homeland Security (DHS) upended a hallmark of the Trump and Bush administrations’ enforcement strategies.

The policy, issued on October 12, 2021 by DHS Secretary Alejandro N. Mayorkas, ends all mass workplace raids targeting immigrant workers. These raids, often performed with SWAT teams, K-9s, and helicopters, were carried out with the primary goal of instilling fear in communities. In a powerful floor speech regarding raids carried out in 2018, Representative Marcy Kaptur (D-OH) quotes a mother who was present, who said:

I never expected anything like this to happen. When I saw them coming I ran. And I ran and ran and ran until I hid under a bed of flowers, and I buried myself under the dirt and cried in silence. All I could think about was my kids, I have three. A lot of us have some children who need us. My skin itched of the mud stuck to my body, drying.

What a haunting image—a nursery worker, a mother, chose to bury herself in dirt rather than become a victim of ICE’s raid on her workplace, all because her children need her.

The new DHS memo also attempts to rebalance the focus of enforcement on employers who hold the power and abuse it in the workplace, rather than workers, prioritizing efforts by the U.S. Department of Labor.

As with any immigration policy, however, the true test of these words on paper will take place in communities. And with ICE agents and field office directors largely held over from the Trump era, the Biden administration is going to have to work very hard to ensure its priorities are realized. While there has been progress, other administration decisions such as the recent announcement to restart the so-called Migrant Protection Protocols program (also known as “Remain in Mexico”) continue to put children in harm’s way.

CLASP visited three sites where massive worksite raids occurred, in Mississippi, Ohio, and Texas, and documented the widespread harm to children, families, and communities in a 2020 report, “The Day That ICE Came.” The study documents stories of children who were still having nightmares about the images they witnessed, as well as families still trying to pick up the pieces, months after the raids took place. Many parents arrested in the raids were in detention for months or deported, forced to leave young children behind. As one mother quoted in the report said, “I don’t have happy days anymore.”

This report, and our transition priorities for the Biden-Harris administration focused on healing children in immigrant families, lay out a vastly different vision of immigration from the enforcement-only approach of the current and prior administrations.

Ending the tactic of workplace immigration raids is just a start. The administration also needs to issue a new directive on the detention of parents; create additional protections for vulnerable populations; craft stronger guidance on conducting immigration enforcement in sensitive locations; and bring deported parents back so that families can start to heal.

The vision is to redesign the immigration system to truly prioritize children’s wellbeing and family unity; considering the best interests of children in all stages of immigration enforcement. Ultimately, Congress will need to pass a path to citizenship for permanent protections.

WATCH: In this video from the Children Thrive Action Network, Claudia, with the Immigrant Alliance for Justice and Equity in Mississippi, talks about her mom and why Congress needs to build a path to citizenship. “My mother is a great mother…[without] her, I wouldn’t have food, clothes, or shoes.” 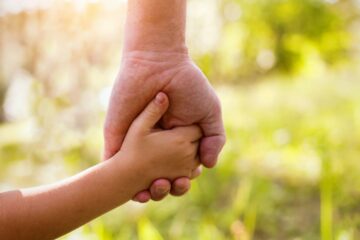 Over the past ten years, the Deferred Action for Childhood Arrivals (DACA) program has changed the lives of nearly 800,000 recipients and their families by removing the threat of family separation and improving their economic Read more… 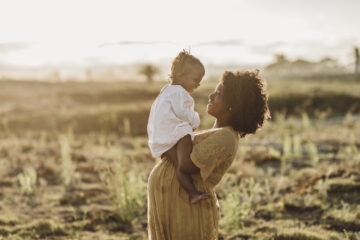 A recent Freedom of Information Act (FOIA) request revealed that as of May 31 of this year, CBP expelled 30,806 children ages 3 and under to Mexican border cities where they suffer in dangerous conditions. Read more…