Washington, D.C. – In less than a week, the Biden-Harris Administration has ushered in a new sense of community and possibility. It outlined a bold agenda on immigration policy and COVID-19 relief that will begin the healing process for children and families who have suffered from cruel policies and federal mismanagement.

In December, the Children Thrive Action Network and over 180 organizations sent a letter to the Biden-Harris Transition Team outlining policy changes needed to protect the children of immigrants.

“After four years of pain and suffering, the Biden-Harris Administration has put forth a new vision of hope and healing for millions of children in immigrant families across the country,” said Olivia Golden, executive director of the Center for Law & Social Policy (CLASP). “We are thrilled to see so many of our priorities included in the first round of immigration executive orders, including an end to Trump’s deportation policies that tore so many families apart and ensuring children and families have access to health and nutrition. We look forward to working with the new administration to ensure that all children and their families have access to the rights and benefits they need to thrive.”

The administration issued numerous Executive Orders and policy changes that will immediately improve the lives of children with immigrant parents, and keep families together.

While implementation remains to be carried out, Trump’s Muslim and African Ban, and his mass deportation agenda, are gone. Protections for people with Deferred Action for Childhood Arrivals (DACA) and refugees from Liberia are extended. Deportations are to be largely paused for 100 days, pending a new set of enforcement guidelines, which we expect will prioritize the best interests of children. The administration will likely soon issue an Executive Order on Trump’s Public Charge rule—which left millions of families afraid to seek health and nutrition assistance—and create a task force to reunify families separated by Trump’s border crackdown. Policies to reunite families torn apart by deportation from within the United States also need to be addressed.

In addition, the Biden-Harris Administration outlined a major immigration bill that would open a path to citizenship for 11 million undocumented immigrants, with Senator Bob Menendez (D-NJ) and Representative Linda Sanchez (D-CA) preparing to shepherd it through Congress.

Bruce Lesley, President of First Focus Campaign for Children, said: “The Biden Administration has made clear from its first day in office that it is serious about creating an inclusive immigration system that prioritizes children and families. We were pleased by the president’s executive orders ending the racist and xenophobic Muslim and African ban, reinstating DACA, and resetting enforcement priorities to preserve dignity and well-being. We look forward to the Administration’s continued focus on the best interests of children, and we eagerly await President Biden’s immigration bill, which will finally give children in immigrant families the security to thrive without fear of being torn apart. We will urge Congress to quickly pass this bill.”

The administration has also unveiled a robust coronavirus relief package, with several provisions that would help immigrant families who are suffering extreme economic and physical hardships while also being denied assistance. For example, the bill would provide cash relief to mixed-status immigrant families and improve and expand critical supports for working families.

Mónica Ramírez, Founder & President of Justice for Migrant Women, said: “Migrant children and their families have put everything on the line in the search for better lives, fair treatment, and dignified living conditions. Many of them suffered untold harms due to politics and policies that demonize them, rather than treating them with care and respect. The Biden-Harris Administration has shown that it is both concerned and committed to immigrant communities. We need these intentions translated into immediate, bold policies and real change for these kids and their families.” 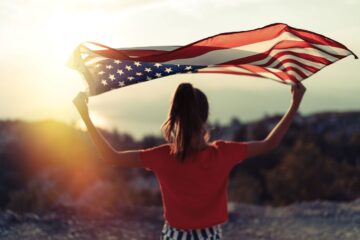 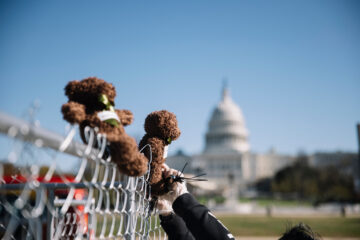 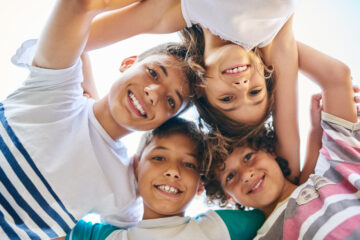